With Q1 behind us, it’s time to sit back and evaluate our situation. First off, the obvious – volatility ran higher in the first quarter of the year, fueled by multiple conflicting headwinds. Those include inflation, which is still rising; a global supply chain plagued with snarls; resurgent COVID outbreaks flaring up around the world; and Russia’s war against Ukraine, that is both Europe’s largest land conflict in three generations and a major disruptor of global food and oil markets (which brings us full circle back to inflation and supply chains).

But is the picture as grim as all that? Oil prices have pulled back somewhat from the peaks they hit shortly after the Russian assault on Ukraine, and American consumers are starting to react to inflation by reducing purchase sizes. The first point may ease inflationary pressures, if only slightly; the second will not, but it might ease pressure on delivery chains as manufacturers scale back in response. “It’s tough to make predictions, especially about the future,” as Yogi Berra put it, and he was right; but there may still be some light at the horizon.

In the meantime, for investors, there may also be plenty of opportunity. CNBC’s Jim Cramer has noticed the possibility of positive economic indicators, and that has him looking at the stocks which lost out big during Q1’s market correction. Plenty of those stocks are still facing depressed prices, even though they have sound business models and prospects. Cramer believes that this is where investors should start looking during Q2.

“If we get more signs that inflation is cooling on its own, like the pullback in oil, then some of the hardest hit stocks might end up looking pretty enticing,” Cramer opined.

We’re going to follow up this line of thought, using the TipRanks database to find three stocks that are down but not out – beaten down coming out of Q1, and also carrying Strong Buy consensus ratings and strong upside potential from the analyst community. Let’s take a closer look.

Let’s start in the health and beauty sector. Olaplex offers a range of products for women’s hair care, to treat, maintain, and protect hair from the vicissitudes of modern life. The company bills itself as ‘science-enabled and technology-driven,’ and promotes itself and its products globally through an omni-channel platform. Olaplex boasts 100 patents on its products, which it markets to professional hair stylists, specialty retailers, and directly to consumers.

This company went public on the NASDAQ on September 30 of last year in an IPO that was significantly upsized. The company had originally planned to put 67 million shares for sale at a price range of $17 to $19; in the event, it sold 73.7 million shares with an opening price of $21. Olaplex’s IPO raised over $1.5 billion in new capital.

During 1Q22, Olaplex shares lost heavily. The stock is down approximately 44% since the start of the year. However, Raymond James analyst Olivia Tong believes that the stock still has plenty of good days ahead.

“OLPX continues to show strong sales momentum, group-leading margins and reported a sizable Q4 beat with a FY22 outlook that was well ahead of consensus expectations. Despite this, share underperformance has continued. Clearly the market’s view on growth companies, particularly those relatively new to public markets, has soured… OLPX is of course not immune to challenges, but at current levels, we believe there is a significant disconnect between share performance and the company’s opportunities,” Tong wrote.

“We continue to believe that OLPX presents a rare opportunity in a fast-growing, highly profitable market with significant consumer penetration opportunity, evidenced by the U.S. prestige hair care market growing 47% at retail in 2021,” the analyst summed up.

In line with these bullish comments, Tong rates OLPX a Strong Buy, and her $28 price target implies a one-year upside of ~77%. (To watch Tong’s track record, click here)

Tong’s view is bullish – and well within the Street’s consensus. OLPX shares have 7 positive reviews on record, for a unanimous Strong Buy rating, and the $28.57 average price target indicates room for ~80% upside from the current trading price of $15.85. (See OLPX stock forecast on TipRanks)

For our second stock, we’ll stick with e-commerce but with a twist. Global-e is a tech company that facilitates international e-commerce. The company operates a platform designed to enable and accelerate cross-border direct-to-consumer online commercial activity. Global-e allows retailers and brands to streamline their customers’ shopping experience in more than 200 local markets.

Getting into some specifics, Global-e handles the language and currency differences between customers and merchants, and smooths out issues of taxes, shipping, and returns. Global-e deals with merchants across the US, Europe, and Asia.

With the explosion in online activity, especially e-commerce, during the COVID pandemic, Global-e had a clear path forward. The company took advantage of its unique position to go public in May of last year. The stock started trading on the NASDAQ on May 12, with 17.25 million shares put up for sale. The price opened at $25 per share, and Global-e raised over $431 million gross proceeds.

One month earlier, in April 2021, the company scored a major coup when it entered a partnership with Shopify. The partnership starts with a three-year term, making Global-e the exclusive provider of end-to-end cross-border solutions for the e-commerce platform. The partnership terms will automatically renew annually starting in April of 2024.

Even with all of that, Global-e’s stock fell 47% in 1Q22. The company faced headwinds at least in part from its unique position in the e-commerce realm. COVID resurgences and the war in Ukraine have impacted international global commerce and travel, hitting Global-e exactly where it works. In addition, the company’s European markets have been disproportionately hurt by the Ukraine situation, making it difficult for Global-e to recover.

After noting these particular headwinds, 5-star analyst Patrick Walravens comes down on the bullish side. In his coverage for JMP Securities, Walravens does not hide his enthusiasm for Global-e.

“We view Global-e as an excellent opportunity for long-term capital appreciation for several reasons, including: 1) a strong value proposition as Global-e helps ecommerce vendors solve the tricky problems that make cross-border commerce so difficult, including handling payment collection, taxes, and import duties; 2) the company is addressing a large TAM, estimated at $736B… 4) the company should begin to benefit more from its partnership with Shopify in 2022 as it moves from pilot to general availability; and 5) we think the growth of this business is significantly more durable than many investors realize due to the replacement cycle for cross-border solutions,” Walravens wrote.

Given all of the above, investors has high hopes. Along with an Outperform rating, he keeps a $80 price target on the stock. This target puts the upside potential at 128%. (To watch Walravens’ track record, click here)

Overall, Wall Street’s analysts have given GLBE 8 positive reviews lately, adding up to a Strong Buy consensus rating. The stock is selling for $35.07 and its $68.63 average price target indicates ~96% upside for the coming year. (See GLBE stock forecast on TipRanks)

Last up is monday.com, a cloud platform company in the work management software niche. The company’s products allow users to customize their systems, allowing for increased work flow efficiency and higher productivity. monday.com’s range of products are designed to streamline the back office of any business.

The company went public last year, debuting its MNDY ticker on the NASDAQ on June 10. In the IPO, the company put 3.7 million shares on the market, at $155 each, and the underwriters purchased their option of 370K shares. In all, the event raised over $630 million in gross proceeds for monday.com, which entered the ranks of the market’s billion-dollar unicorns.

This past February, monday reported its financial results for 4Q21 and the full fiscal year. The results showed the company’s strength – full year revenue grew 91% year-over-year, to reach $308.2 million. For the fourth quarter, the top line reached $95.5 million, also a 91% y/y gain. The company finished 2021 with $9.9 million in free cash flow, compared to a $40.7 million fcf loss in 2020.

Since going public, MNDY stock has proven highly volatile, ranging between $444 and $120 per share. The stock is currently down 46% year-to-date.

Oppenheimer analyst Ittai Kidron, who holds a 5-star rating on TipRanks, takes a long-term upbeat stance on this stock. He writes, “monday.com’s strong quarter/outlook and execution reinforces our belief that it can successfully move upmarket and expand usage over time. While the current market environment could still pressure the shares given its high growth/ high investment profile, we’re comfortable buying with a long-term focus given the large TAM and multiple growth levers in place.”

In line with his bullish stance, Kidron rates MNDY a Buy, and his $280 price target implies room for ~68% upside potential in the next 12 months. (To watch Kidron’s track record, click here)

All in all, MNDY’s 11 recent analyst reviews include 9 Buys against just 2 Holds, for Strong Buy consensus. Shares are selling for $166.5 and their $284.50 average price target suggests ~71% upside from that level. (See MNDY stock forecast on TipRanks)

Disclaimer: The opinions expressed in this article are solely those of the featured analysts. The content is intended to be used for informational purposes only. It is very important to do your own analysis before making any investment. 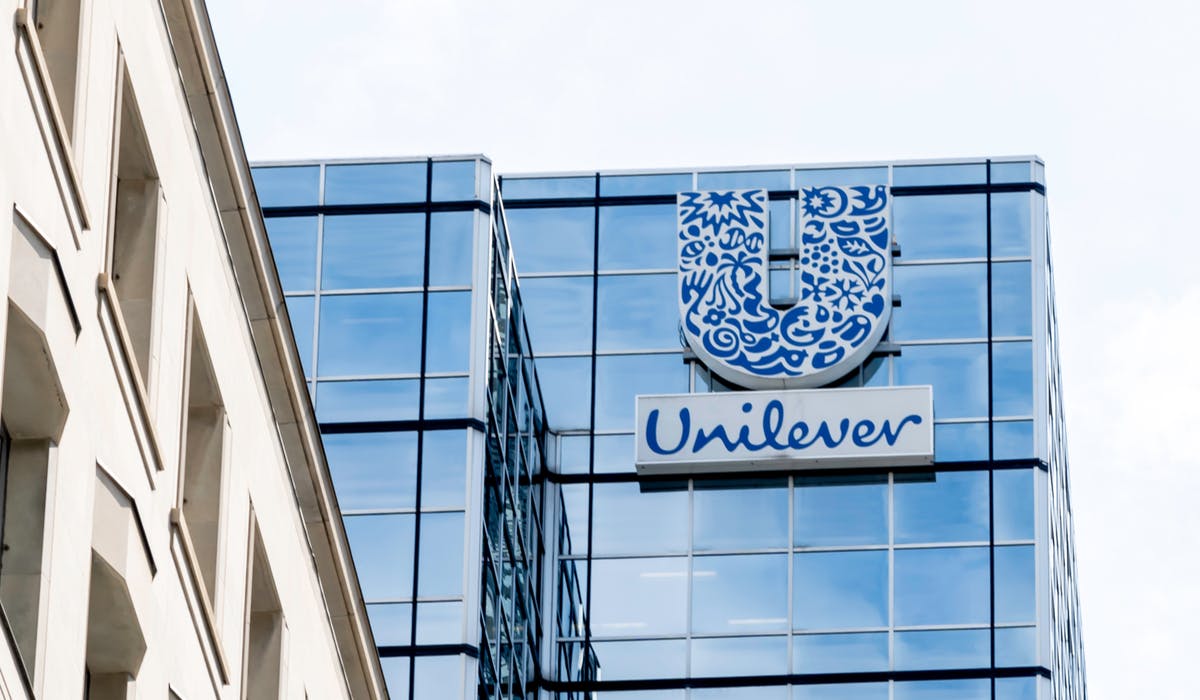 compute with tech
We use cookies on our website to give you the most relevant experience by remembering your preferences and repeat visits. By clicking “Accept All”, you consent to the use of ALL the cookies. However, you may visit "Cookie Settings" to provide a controlled consent.
Cookie SettingsAccept All
Manage consent