Meta chief executive Mark Zuckerberg made a startling admission on Wednesday during a private Zoom call for the 11,000 workers his company had just laid off: They were losing their jobs partly because he overestimated the staying power of the pandemic’s e-commerce boom.

Like many social media platforms, Meta’s revenue soared during the pandemic when the spread of the coronavirus forced many retailers to turn to the internet to reach would-be customers who were staying home to avoid the virus. Zuckerberg thought that even after vaccines allowed people to return to offline activities freely, e-commerce growth would continue to expand rapidly. He was wrong.

“This obviously didn’t play out the way that I expected or that any of us hoped,” he admitted to the employees to whom he had just handed pink slips, according to a recording of the call shared with The Washington Post.

Instead, the digital shopping revolution appears to have stalled.

During the pandemic, businesses of all sizes, from mom-and-pop shops to big box retailers, invested heavily in growing their digital footprints — including through advertising on social media — to reach the rapidly expanding online customer base.

Now, however, e-commerce sales are plateauing as shoppers return to physical stores. The share of total shopping that is represented by e-commerce grew from 11.1 percent in 2019 to 14.6 percent in 2020, where it’s stayed, according to data from the market-analytics firm Insider Intelligence.

“Everyone kind of bought into the myth that e-commerce is going to permanently accelerate,” said Andrew Lipsman, an Insider Intelligence analyst who covers retail and e-commerce. “But in order for that to happen, you have to have a fundamental change in behavior that’s going to be sustained into the future. And the reality is e-commerce kind of consistently for years and years and years … grows at about 15 percent a year, plus or minus a couple of percentage points.”

The sluggish growth of e-commerce as the pandemic wanes has been particularly painful for Meta, whose business relies heavily on digital advertising dollars gleaned from its core Facebook and Instagram apps. Meta, which renamed itself from Facebook last year, specializes in providing small and medium businesses and digital retailers with the ability to show ads for their products to customers who are the most likely to imminently purchase them based on the vast trove of data the social media giant collects on its users.

“All the advertisers kind of follow the conversions that are happening,” Lipsman said. “More conversions equals more reason to advertise.”

Meta pushes metaverse as the new office. Will corporate America buy it?

The decline in e-commerce growth is also hitting Meta at a time when its core business model is experiencing other severe threats. The social media giant faces increasing competition for both users and advertising dollars from rival apps and new privacy changes introduced by Apple that hurt the company’s ability to collect data on its users for the purposes of targeted advertising.

Meta announced Wednesday that it was laying off 13 percent of its workforce, cutting discretionary spending and extending its hiring freeze through March in a bid to become “leaner and more efficient,” Zuckerberg said in a Wednesday statement. Zuckerberg said the company would prioritize its remaining employees to work on its top business priorities such as its push to elevate content from viral creators on its social networks, bolster its advertising offerings and build out immersive digital worlds known as the metaverse.

Meta, whose stock has declined roughly 70 percent this year, is reining in costs after years of growing its employee ranks. Meta’s workforce grew from 56,653 in Sept. 30, 2020, to 87,314 in Sept. 30, 2022, according to the company’s regulatory filings. Meta shares rose more than 5 percent on Wednesday, showing investors were confident that the workforce reduction would help relieve some of the financial challenges facing the company.

“It felt like they were spending like drunken sailors,” said Dan Ives, a financial analyst with Wedbush Securities. “I do think there is a recognition by Zuckerberg and the team that they have to pull back spending and also focus on their core social media” business.

Zuckerberg isn’t the only tech executive who thought the rapid growth in the e-commerce market would persist even after the pandemic subsided. Shopify chief executive Tobias Lütke, whose company sells payment, shipping and marketing tools to businesses, also said he predicted more growth in e-commerce when he announced in July that the company would be laying off 10 percent of its workforce.

Curbside pickup is here to stay, and retailers are going all-in

Lütke said in a statement at the time that when the pandemic began, Shopify “threw away our road maps and shipped everything that could possibly be helpful” to meet surging demand. He added that the company predicted that the share of e-commerce sales out of total shopping dollars would permanently leap ahead by five or even 10 years.

“It’s now clear that bet didn’t pay off,” Lütke said. “What we see now is the mix reverting to roughly where pre-covid data would have suggested it should be at this point.”

Retailers also have incentives to bring people back in stores. “Omnichannel shopping options” like curbside pickup save the companies money on labor and delivery costs. And buying online, then picking up in the store, opens up opportunities for the “halo effect,” when shoppers pick up more items when they go inside to retrieve their online order.

“We’ve seen consumers just want to be out,” said Adam Davis, managing director of the retail division at Wells Fargo Capital Finance. “They want to be in the stores, they want to shop, they want to touch, they want to try on — that whole experience. And so we’ve seen the online purchases normalize and pull back from the highs of where they were in 2020.”

Consumers have also adjusted their buying habits as record-high inflation and rising interest rates strain their budgets. Shoppers are savvier and more thoughtful about spending their money — they’re comparing prices, hunting for deals and taking advantage of sales brought on by inventory pileups at the nation’s largest retailers.

In recent months, Meta executives have warned repeatedly that the company is also fending off competition for marketing dollars and users from new entrants in the social media market such as TikTok, the short-form video platform that has become popular among younger users. This year, the company reported that Facebook lost daily users for the first time in its 18-year history, though user growth recovered in subsequent quarters.

In August, Meta announced that it was shutting down its Facebook Live Shopping feature after it underperformed. The program, which had been running for two years, allowed watchers to buy items as influencers promoted them in the live videos. TikTok recently announced it was leaning in to live shopping after its success in Asia and the U.K.

“People have a lot of choices for how they want to spend their time and apps like TikTok are growing very quickly,” Zuckerberg said this year during an earnings call. Meta is trying to “make sure that our apps are the best services out there for young adults.”

Meanwhile, Apple introduced new privacy changes last year that forced app makers such as Meta to explicitly ask device holders whether it could track their activity across the internet. Many users declined that request, which hurt Meta’s ability to collect granular details about people that would help the company better target ads. Meta has estimated that Apple’s new changes will cost the company at least $10 billion by the end of this year.

Zuckerberg said Wednesday that the combination of those market pressures forced him to make the difficult decision to cut the company’s workforce.

“Not only has online commerce returned to prior trends, but the macroeconomic downturn, increased competition and [the loss of user ad data] have caused our revenue to be much lower than I’d expected,” he said. “I got this wrong, and I take responsibility for that.” 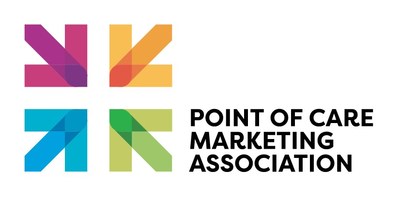 fit the fashion
We use cookies on our website to give you the most relevant experience by remembering your preferences and repeat visits. By clicking “Accept All”, you consent to the use of ALL the cookies. However, you may visit "Cookie Settings" to provide a controlled consent.
Cookie SettingsAccept All
Manage consent