There are 30 components in the Dow Jones Industrial Average. It may surprise investors to learn that the bottom-two performers so far this year are Nike (NKE -1.85%) and Home Depot (HD -3.64%), which have been two of the better performers over the last decade. At the time of this writing, Nike is down 23.5% year to date while Home Depot is down 25.2%.

To illustrate how sharp of a decline that is, consider that Nike and Home Depot have lost, on average, roughly 1.5% of their value per week. That’s like starting the year with $100 and every three or four days someone takes a dollar from you. Ouch.

Though they face some serious short-term headwinds, there are reasons to believe that now could be a great time to buy the dip on these two blue-chip stocks.

An iconic brand at the top of its game

Even after falling 28% from its all-time high, Nike still has a $200 billion market cap. And it’s not a cheaply valued business either; its P/E and P/S ratios are still above those 10-year median levels, and higher than those of many of its peers. 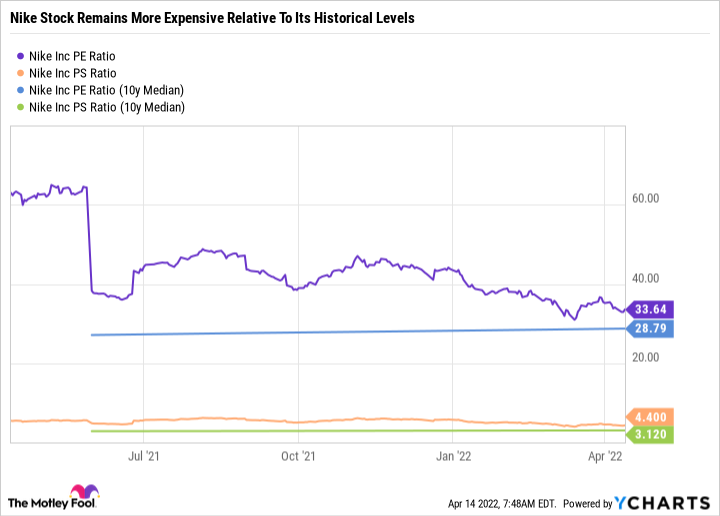 However, segment-leading companies arguably deserve higher valuation multiples. When thinking about a business like Nike, it’s important to separate the stock from the company. As a stock, Nike is still expensive, but less expensive than it used to be. But as a company, there’s no denying that Nike is at the top of its game. It still sponsors many of the world’s elite athletes, has never had a stronger brand image, is growing at a decent pace, and is more profitable than ever before.

Nike achieved record-high revenue and net income in 2021. But its real standout metric was its operating margin of 15.6% — its highest level since 1993, back when Nike was a much smaller company. 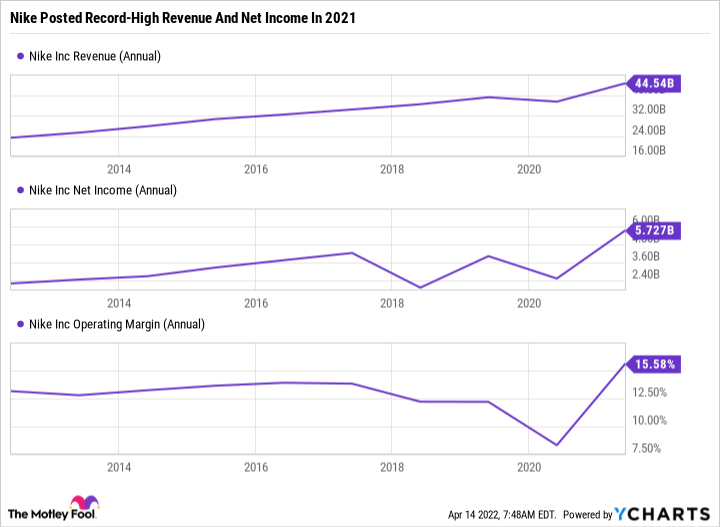 It remains to be seen if Nike can retain its high margins and continue to grow its top and bottom lines in an inflationary environment. But the long-term thesis for owning Nike stock remains stronger than ever.

Like Nike, Home Depot is the gold standard in its industry. The stock has been a long-term outperformer — it’s still up more than 500% over the past decade, even after its recent sell-off. Home Depot’s performance surged during the more intense stages of the COVID-19 pandemic as a white-hot housing market was paired with a rise in people undertaking do-it-yourself home improvement projects.

However, there’s reason to believe that the housing market is about to cool off. And that’s one of the reasons why investors are spooked about Home Depot stock right now. 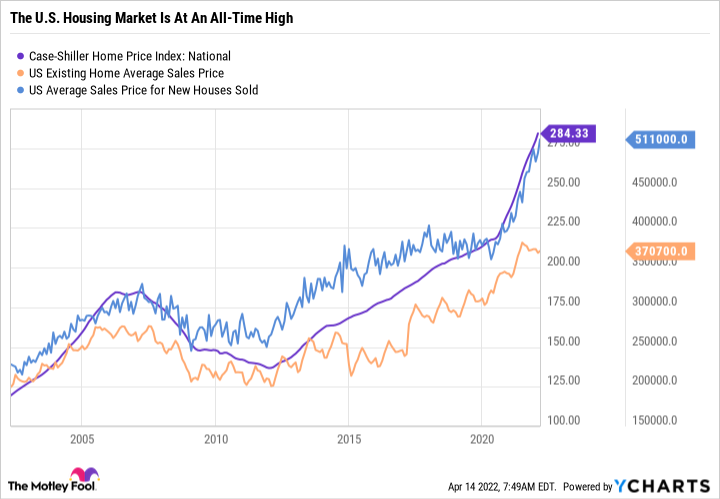 The Case-Shiller National Home Price Index is basically the S&P 500 for the housing market. Every month, it updates its calculations by tracking the average single-family home price based on the prior three months of data. And that index is at an all-time high. Consider also the average sale price of existing homes in the U.S., which is $370,700 — right near its peak. And the average sale price for newly constructed homes is at an all-time high of $511,000. The most concerning element of this chart isn’t the all-time-high data. It’s that the 2008 housing crisis looks like a blip on the chart. Put another way, the roaring housing market bubble that burst and led to a -38.5% return in the S&P 500 in 2008 — the worst return since 1974 — now looks like a hill leading up to the summit of towering 2022 housing prices. 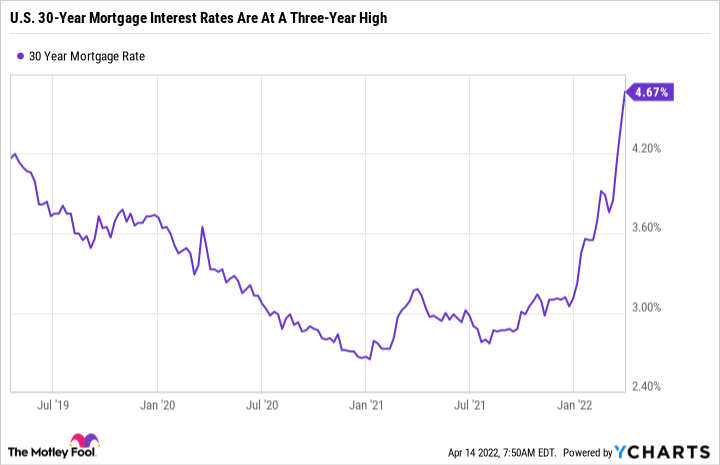 Either way, it’s hard to argue that the near-term outlook for housing is good. And that negative outlook is certainly dampening investors’ optimism for Home Depot. It would not be surprising to see the stock fall further. And in many ways, it makes sense that the stock is down 25% year to date. However, it’s equally hard to picture a world where Home Depot stock isn’t a lot higher 10 or 20 years from now than it is today. It’s also worth mentioning that the company has a P/E ratio of 20, so at least investors can buy its stock at a relatively inexpensive valuation.

During times of heightened volatility, it’s smart to rely on companies with strong fundamentals and track records of persevering through past sell-offs. Nike and Home Depot certainly fit that description. True, both are consumer discretionary companies, and therefore exposed to the impacts of broader economic cycles. Volatility is simply par for the course when it comes to buying and holding either stock. In the meantime, at current share prices, Nike has a dividend yield of 0.9% and Home Depot has a dividend yield of 2.5%, which will provide investors with a stream of passive income while they wait for the economic environment — and these two companies’ share prices — to improve.